On 14 October 2015, representatives of the Swedish Taekwondo Federation (STF) and the European Taekwondo Union (ETU) met each other on invitation of Stefan Lindeberg, president of the Swedish Olympic Committee.

The current suspension of the STF was subject of the negotiations. Both parties were willing to resolve the current situation and making sure that the STF would comply with the Statutes and rules of both World Taekwondo Federation and ETU.

A common ground was found in a solution in which both the WTF and ITF part of the STF will have its own General Assembly and board. On general issues, an overarching board, with six WTF representatives and one ITF representative decides. Both sections will arrange the financial distribution of government funds in a separate contract.

This solution is the beginning of Sweden regaining its full membership of ETU and thus allowing its athletes to compete under the Swedish flag again.

Nikita Glasnovic - först ut i "Made By Sweden" 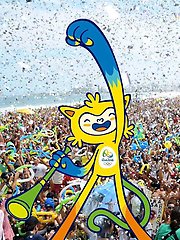